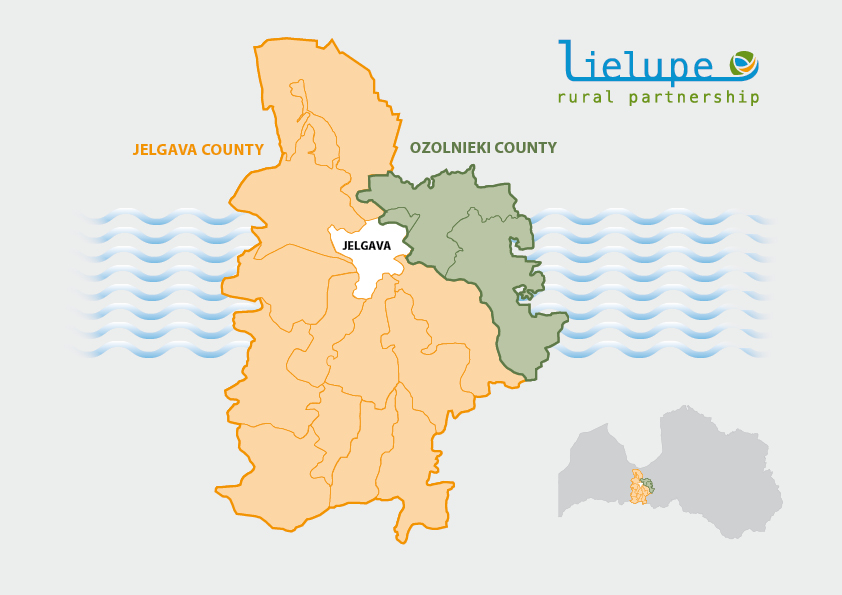 Lielupe territory is situated in the southern part of the Latvia in Zemgale plain joining together the territories of Jelgava and Ozolnieku counties as Leader area.

Priorities are the activities aimed at stimulating local entrepreneurship through engaging the local residents in projects that broaden the assortment of goods and services, which would contribute to the popularity of local products and, at the same time, the growth of tourism, as well as it is planned to support public infrastructure projects, which are important to the local community, and the projects focusing on public activities and services.