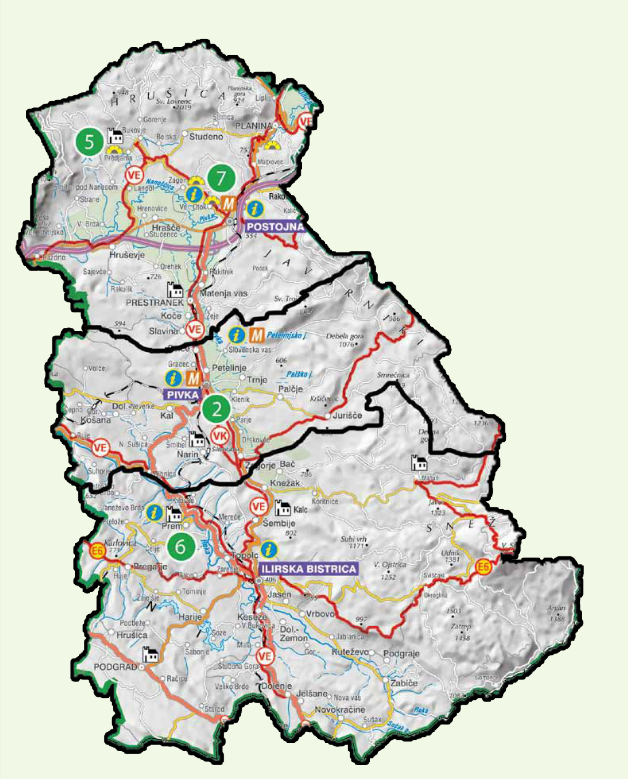 LAG Between Sneznik and Nanos

LAG area between Snežnik and Nanos is situated in the South West of Slovenia and is divided into three municipalities: Ilirska Bistrica (57 settlements), Pivka (29 settlements) and Postojna (40 settlements).


LAG area boasts a unique natural and cultural landscape. It is characterized by vast forests and karst phenomena –underground caves, intermittent lakes, natural bridges, karst fields… A well preserved nature provides habitat to many endangered animal and plant species. Almost 65 % of the area is in Natura 2000 network. High level of biodiversity is reflected in the exceptional range of flora and fauna, with some endemic species.

There are also several interesting cultural monuments in the area, such as Predjama castle, many arcehaeological sites, ruins of old castles and forts, museums, collections.

LAG’s vision of development in the area is to connect human, natural and cultural potentials and become a development and innovation oriented rural area, where everyone feels good – people who live, work, create and visit this area.

Main goals are encouraging cooperation and networking and introducing innovative approaches to the area; encouraging entrepreneurship and creating conditions for new jobs, preserving and protecting nature and environment, ensure the conditions for greater social cohesion and social inclusion of all groups of people.